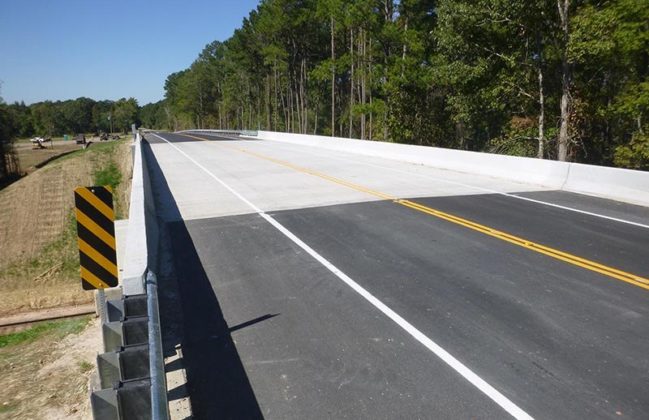 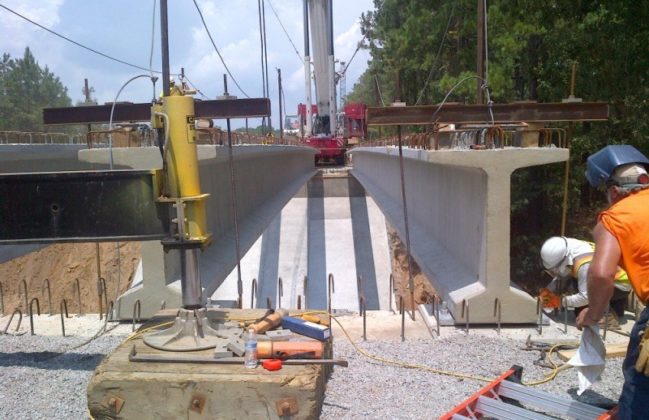 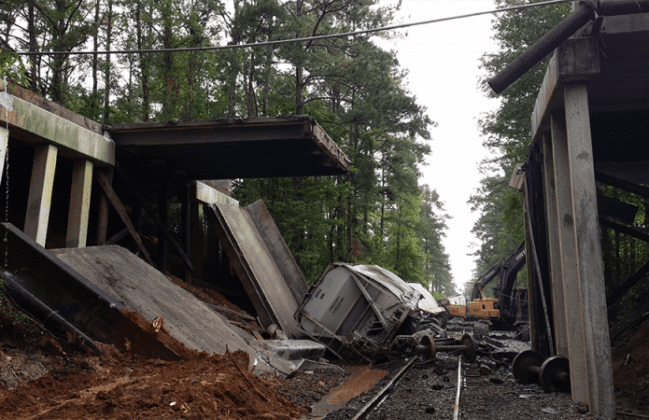 On April 28, 2014, a CSX train derailed and damaged the Cypress Gardens Road (S-8-9) Bridge. After an examination, the South Carolina Department of Transportation (SCDOT) determined the 78-year-old was beyond repair.

The impact of the accident was immediate and enormous. The bridge serves as a vital link between neighboring communities. Over 6,000 vehicles traveled to Bushy Park Industrial Complex, the Naval Weapons Station, and Cypress Gardens.  Facing a 22 mile detour, it was imperative for SCDOT to get the road open as soon as possible. The Governor declared a State of Emergency. Soon thereafter, the FHWA released $1 million in federal funds for the design-build fast-track project.

SCDOT awarded the contract of $3.05 million to the team of Cape Romain Contractors, JMT, and S&ME. The contract also called for completion in five months with incentives to finish ahead of schedule. S&ME provided geotechnical characterization of the soils and analysis for seismic performance of the steep approach embankments and bridge foundations.

Due to the seismic nature of the location, the team expected the bridge embankments would require expensive and time consuming soil improvements. S&ME evaluated the soil parameters and strengths through a complex meshing of statistical analyses. Contrary to expectations, the stability analyses indicated that costly ground improvements were not necessary. Additional testing confirmed these finding allowing the project to move forward ahead of schedule. The roadway reopened to traffic on October 2, 2014, well ahead of the October 25, 2014 mandatory opening date.