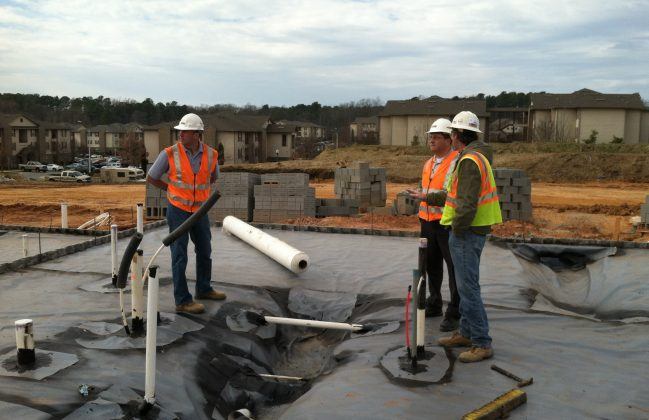 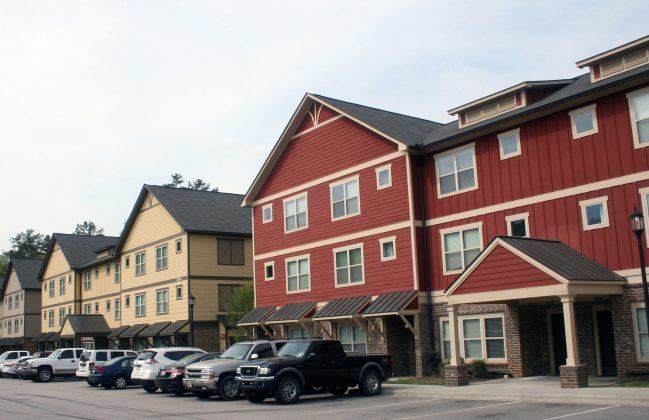 This Brownfields Project site was being considered for a student housing development at NC State University. S&ME performed a geotechnical investigation of the site, which included 16 soil test borings, and soil samples were taken and tested. Our team determined that the site was adaptable for development.

S&ME assisted this client to develop an approximately 22 acre site under a Brownfield Agreement (BFA) with the North Carolina Brownfields Program.  The site has been developed as apartments for students at NC State University. In addition to the residential units (consisting of primarily detached residential cottages) and associated landscaping and infrastructure improvements, the development includes an amenity area consisting of a clubhouse, pool, volleyball court, and other play courts.  A portion of the site also has an easement dedicated for a future public road.

Prior to redevelopment, the site was developed with several buildings including five residences, a brass and copper polishing business, and a former plastering business with associated barns and sheds.  Businesses located at the site were inactive, and several buildings were in disrepair. S&ME conducted a Phase I Environmental Site Assessment (ESA). This included research of the subject site’s public records and surrounding properties’ records that could have a potential environmental impact on the property. It also involved research of site reconnaissance of the subject property and a reconnaissance of the surrounding areas within a one-mile search radius.

During field activities, S&ME personnel observed materials within the on-site structures that appeared to be suspect asbestos-containing material (ACM). S&ME prepared a proposal to assess the on-site structures for the presence of ACM. Our team then provided recommendations for removal once asbestos was found in multiple areas of the project site.

S&ME collaborated with the client to perform a customized, Phase II assessment based on the redevelopment plans and requirements of the NC Brownfields Program.  The Phase II assessment included sampling of soil and groundwater and a Soil Vapor Assessment to determine the potential risk to residents from vapor intrusion into structures.  Constituents of concern, identified by the Phase II assessment, included metals, solvents and petroleum.

S&ME also performed construction materials testing of 149 residential units, including 19 single-family homes, 16 duplex structures, and 114 apartments.  The gross site area was approximately 22 acres, which comprised 32 lots.  The grading for this development included cut and fill depths of 10 to 15 feet and included new roadways and utilities.  The amenities for this development included a clubhouse, outdoor pool, and a ball court area.