Davis Named Engineer of the Year 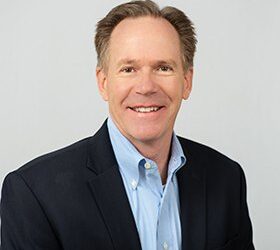 The Nashville Chapter of the Tennessee Society of Professional Engineers (TSPE) has awarded Thomas J. Davis, P.E. CPESC, Vice President of S&ME, the Outstanding Professional Engineer of the Year Award. The honor was presented at the Middle Tennessee All-Engineers Chapter Banquet on Friday, February 22. The award qualifies Davis to be nominated at the state level which is the highest award that the TSPE offers.  “I am honored and humbled by this award,” Tom stated during his acceptance comments.  He also recognized the young engineers at the banquet as our future, encouraging them to “work hard, do what you say you are going to do, and treat people right. “

Davis was recognized by the TSPE for his professional level of integrity, outstanding character, contribution to professional societies and community involvement. He was also selected due to his contribution to S&ME for the many building and design projects that he has managed. The TSPE will present the state level award during the TN Engineers Conference in September.  Davis has more than 34 years of experience as a professional engineer and is a Certified Professional in Erosion and Sediment Control. He has been a key leader in managing educational facility and military projects throughout the United States. He graduated from the University of Kentucky, and is now involved in supporting engineering staff from Tennessee, Alabama and Georgia.  Tom has also been a guest lecturer with Vanderbilt University’s Department of Civil and Environmental Engineering, and a volunteer with St. Henry Church and Room in the Inn.